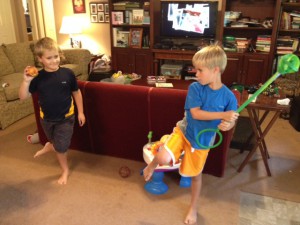 There have been many cool baseball games, in various styles, created over the years. In this article I present an overview of several different styles of baseball games that exist today.

When you think about it, baseball concepts are really quite simple. Essentially, if you can swing something and propel another object, you can turn it into a game of baseball.

The simplicity of these concepts has caused a great deal of creativity to be focused on developing games that emulate baseball in some way. In fact, in some games you don’t even swing or hit anything, you just pretend that you did.

When I began to write this article I heard my grandson say, “Runners on second and third, Miguel Cabrera up to bat.” So, I went out to investigate and found him swinging a green jumping toy (picture above). In his imagination he was playing baseball with his brother.

Start with the Imagination 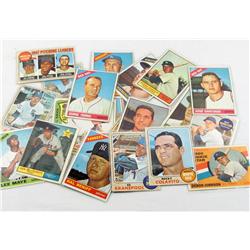 As I noted previously, the essence of baseball is quite simple. For example, when I was a kid, I used my baseball trading cards to play baseball on the floor.

First I created two teams, each having the essential nine defensive positions. Then I set up one of the teams in a baseball field alignment with books set on their sides to form the outfield wall. I placed the “batter” at “home plate” and flicked (swung) my index finger to shoot the batter’s card out onto the field. If the card hit a “fielder,” the batter was out. Other simple rules determined the outcome of the play.

As I got a bit older, I created an unsophisticated dice baseball game. This was one of the first tabletop games I had invented. Adhering to player stats was not important, neither was swinging a bat. I just wanted to pretend to play baseball.

As I learned to write computer programs I began to dabble with game development using BASIC (yes, this was a while ago) computer language. Talk about cryptic visuals!

My first baseball game displayed stick figures for the men on base. The result for each batter was determined through random number generation. At the next family Christmas gathering, I held a tournament with seven siblings and cousins. My younger sister won!

Then, in the early 1970s, I was introduced to a board game called Strat-O-Matic Baseball. This game used dice but had detailed, complex charts to determine the outcome. It was right up my alley because the game was developed around individual player statistics. I joined a small group as we created a league and then held a three-day tournament.

You can see that I have always been interested in baseball games. So, let me review the various styles of games that are available to you today. 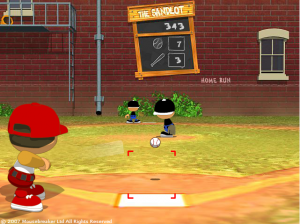 Most of these online games are arcade style, aimed at younger children through pre-teens. Some are pretty cool for older players too. Within this style you will find a number of animated games featuring characters from your children’s favorite cartoon shows.

A similar style of game can be found on mobile devices, including smartphones, tablets, and PDAs.

Console platforms, such as Nintendo, Playstation, Xbox, and Wii, represent another style of game. These games require active physical participation, often enough to make you sweat! You may be either the pitcher or the hitter in these games, playing against another person or against the console game.

Tabletop and Board Games

Tabletop games that are focused on baseball commonly follow a style similar to a pinball game. These often use a spring-loaded bat to swing at a small metal ball. A good number of these games are played in a small structure that looks like a baseball stadium. 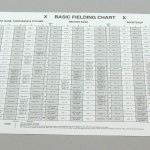 Another common style is the board game. Some of these date back at least as far as the early 1960s.

Typically, multiple dice are used to help determine the outcome of a play. Some are based on relatively simplistic play option cards. Others, like the Strat-O-Matic game, get quite complex, utilizing player cards based on previous yearly statistics and sophisticated play charts.

Fantasy and rotisserie leagues have become very popular. These leagues represent a style that is appealing to a broad audience of fans. In this style of game, each person acts as General Manager, typically drafting players from currently active team rosters. Using actual daily or weekly statistics for each player on the team, points are given for leading in specific hitting, pitching, or fielding categories. The team that accumulates the most points in a specified time period is the winner.

A second style of online simulation is typically based on the concept of converting a board game into an online version of that game. These are complex and sophisticated games, appealing to fans that enjoy the intricacies of baseball. They can be played individually against the computer or one-on-one against another player. Teams can be a single historical team of players or a mix of players drafted from various teams, with the intent that over a period of time each player will have statistics similar to those from their actual performance.

Many versions of handheld games have been produced around the baseball theme. These range from simplistic play (perhaps about as exciting as my first computer game that required one to press the enter key) with no visual display to those that are a bit more elaborate, with multiple options for type of pitch thrown or choice of when to swing the bat.

The final style I want to mention includes miscellaneous games such as dartboards and Velcro walls. Rules vary greatly depending on the type of game but most appear to involve throwing something. Where that something lands or sticks determines the result of the play.

This gave you a quick overview of games that might be of interest. I will be digging into a few of these game styles in future posts, providing product reviews for several of the really cool baseball games that are on the market.

Please feel free to submit any comments or questions you might have. Your opinions on good games or games to avoid are appreciated.